Advent is a word that means “coming” or “arrival”. Celtic is a little harder to define.

Some tend to equate it with Ireland and things like Riverdance, Celtic Woman and St. Patrick.

Celtic is however, more complex than that, and harder to define. It’s Christian and pre-Christian, pre-Anglo-Saxon and pre-Roman. It’s a culture, an artistic style, and one distinct branch of the Indo-European languages.

In fact, it’s a culture that at one time spanned all of Europe from Austria to the Iberian peninsula to France, Switzerland and eventually the British Isles.

The “Celts” didn’t actually call themselves that, we get the word from the Greek Keltoi which means barbarian.

Celt, was used by the Romans for the Gauls but apparently not of the British Celtic tribes. Yet, ironically today the only place anyone even remotely related to the Celts lives, is in Great Britain, specifically Wales, Cornwall, Ireland, Scotland and the Isle of Man.

Even at that, there is no proven link between the Celti of classical sources and people now living in those areas of Great Britain.

None of this is particularly important or relevant to our conversation though.

What interests me more is why there was a Celtic revival movement in the late nineteenth century, and then again in the 1990’s. The latter, a movement that continues to this day.

What is it about our notion of Celtic that creates such a longing in our souls? I’m fairly certain it’s not because we want to awaken our inner barbarians.

What we think about Celtic, whether historically accurate or not, stirs something in many people’s soul.

Celtic has become a container for…what?

What do we suppose we can grasp, take part in, attain or belong to by connecting with Celtic?

I have some ideas about this. First, there is a perceived closeness with nature the Celts possessed. They had an animated and enchanted view of the natural world. Wells, springs, stones, trees, animals were all en-souled, living and conscious.

The there’s an interesting cosmology which includes the faerie realm, the other-world, and a veil between worlds that thins at certain times of the year. There’s a belief in a great turning wheel of time, which possibly includes reincarnation.

We find magic, poetry, myth, song and complex “knotted” art, all of which hold great power.

We also sense that Celtic as we know it from the British Isles represents (and this is particularly true when it comes to Christianity) something that grew up wilder with less influence from empire.

The British Isles were difficult for the Romans to conquer, and in fact they never did subdue all of it. They withdrew in 383 AD.

From that point on what we typically think of as Celtic today, took its own path and grew according to its own unique blend of its ancient ways and the new ways the empire brought and imposed.

This brings us to Celtic Advent.

People often ask me to explain what Celtic Advent is, but really there’s not much to factually tell. It’s exactly like regular Advent, a preparatory time leading up to the celebration of Christmas, only longer. Modern Advent is the four weeks prior to Christmas, with candles on an Advent wreath being lit on each Sunday. Celtic Advent begins on November 15th, forty days before Christmas. In this way it mirrors the forty days of Lent as a preparation for Easter. Celtic Advent is sometimes called St. Martin’s Lent (for more on Martimas and St. Martin read my article here).

Advent has as part of its energy the idea of purifying our souls, sweeping our interior house clean, as it were. Fasting, prayers, contemplation and alms for the poor also figure into this time of preparation.

It’s as if the cold, icy winter blasts of the season scour our souls clean, making room for forgiveness, grace and the divine child we are waiting for.

Beyond all that though, Celtic Advent, given the perception we seem to have about things Celtic in our imagination, offers intriguing possibilities.

It seems to me that Celtic Advent offers something a bit wilder than the tameness of glowing candles and rosy cheeked angels.

The Invitation of Celtic Advent

There’s something fierce and earthy in the notion of a Celtic Advent. There’s an invitation here. A call to invent something that speaks to the longing of our souls as we prepare for the birth of divinity into matter, and the return of the light at mid-winter.

Part of our very notion of Celtic, is about taking its own course, growing according to its own natural bent. A way of being free from the conventions of authority. There’s something very independent and slightly subversive here.

There is a root that re-grows. A new tree springing forth that grows according its own will and desire.

Celtic Advent offers an invitation to see into the living soul of nature. As the creation itself waits for the dawn of a new age. Divinity will descend from the All and incarnate in trees, stones, rivers, mountains and more.

Nature will sing and we will be able to hear her.

In Celtic Advent I think we have the opportunity to explore connection and communication with nature. We can come to know both the manifestations themselves, trees, stones etc. but also the spirit of those things.

This deep connection to nature allows Celtic Advent to be primarily celebrated and contemplated through the natural world. Nature awaits the arrival of divinity, which will incarnate in it, and change it forever. This receiving of divinity includes what we receive in our own souls as well.

Celtic Advent seems to call out for embodied experiences.

Stand on a rocky shore with your arms outstretched on a gray winter day. Allow the howling wind rushing in off the sea, the salt spray and stinging sand to scour you clean outside and in.

Collect some rocks and build a ring of stones, walk around it sun-wise, and chant a prayer. Let the words come from deep in your soul and rise to your lips without censor or self-consciousness.

Sit by a blazing fire, marvel at the mystery of flame and the transformation that is happening right before your eyes.

Work with the elements earth, water, fire and air. Talk to animals. Contemplate what it means for the spark of divinity to be in all things, including yourself.

Topple hierarchy in your mind. Begin to think in terms of an interconnected web of all life in the universe, intertwined like a great Celtic knot.

Consider the reality of the other-world, other dimensions just beyond our physical sight but equally as real as our own.

Finally, spend some time considering what you can grasp, take part in, attain or belong to by connecting with a longer, wilder Celtic Advent this year.

Themes for the Six Weeks of Celtic Advent

I’d like to share with you some suggestions for how to engage with the six weeks of Celtic Advent that draw upon what we have identified as Celtic at this moment in history.

Week 1: Look and Listen for the Signs

Practice wonder and presence in nature

Week 2: Go to Wild Places: Be open to inner and outer wilderness

Practice reverence and lament for the earth

Week 4: Be as One: Recognize your place in the earth community

Practice ecstasy and union with creation

Week 5: Journey Within: open your mind to other-worlds

Practice seeing with the mind’s eye, and honoring intuition

Week 6: Recognize Divinity: see the divine spark in yourself and in all things

Practice blessing others and offering grace

Tell me about your experiences with Celtic Advent in the comments. 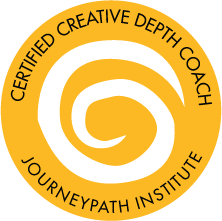 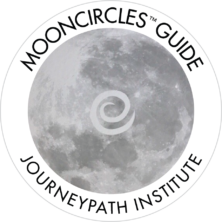